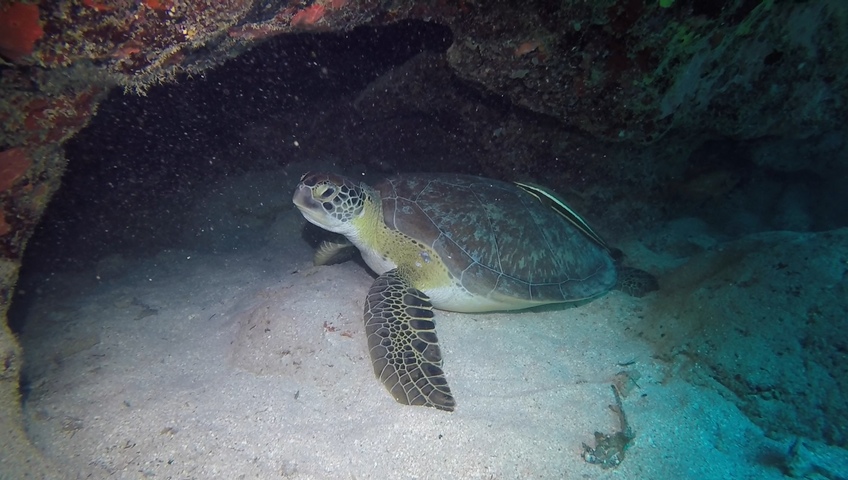 Vieques is a small island south east of Puerto Rico, it is one of those islands that truly has a small island feel.  There are an abundance of horses and dogs roaming the streets freely and the locals are kind and helpful making me feel as a tourist to be less of a burden not

knowing were I was goings exactly.  With there very little time that I was able to spend on the island a couple helpful lessons were learned for future trips, be aware of off season in the Caribbean.  Much to my surprise shops in Vieques and other islands in the Spanish & US Virgin Islands have a slow season usually in September and October where people will take their vacations and dive shops and other shops will be closed for the entire month.  Luckily I had planned enough ahead and was fortunate enough to have arranged my dives with the one open shop on the island purely by luck.  For the single day i had to spend on Vieques I went diving with my sister and Blackbeard Sports, they had a smaller boat that could accommodate a max of 6 divers, dive master and captain.  There were only 4 in our group which gave us a little more space on the small boat and provided a more personable feel to the experience.  The diving was average, after a full day of flying being underwater anywhere was nice, but there was an abundance of soft corals, lots of varieties of fish and a fair amount of rays and a turtle, as well as

the infamous Lion Fish.  Visibility was probably around 30ft and there was a definite green tinge to the water on the second dive.  It was relatively shallow diving no deeper than 50ft and minimal amounts of reef structure.  At the end of the second dive we came across an abandoned fishing net that in doing our part as divers carefully removed it from the reef and brought it back to shore to despise of it properly.

Here is a video of the dives that I have put together I hope everyone enjoys.